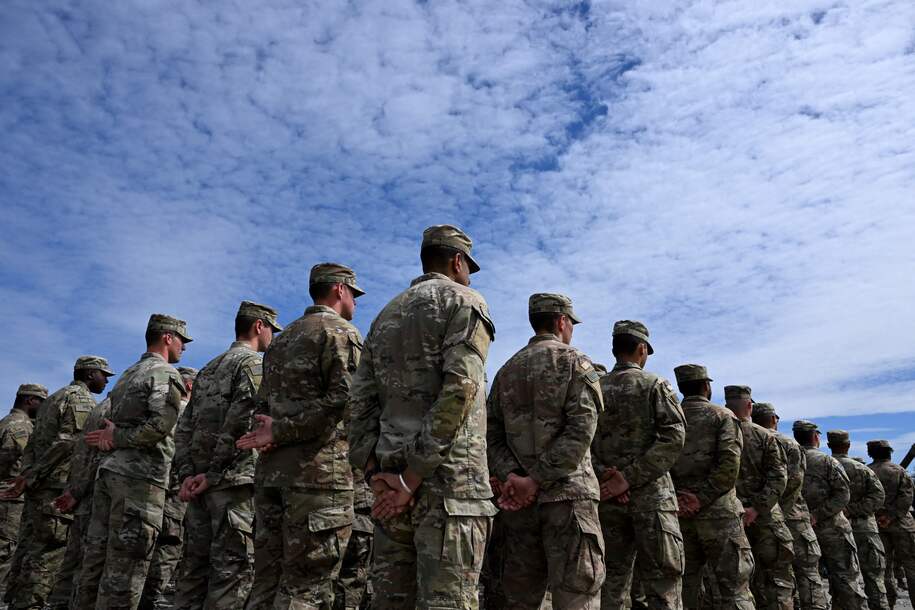 “I am incredibly grateful to be back on-track to obtain a contract with the ROTC and then commission as an officer,” Diaz said in a statement received by Daily Kos. “I just want an opportunity to serve my country, and I believe that should be available to all eligible Americans.”

“Federal courts have ruled that HIV is not disqualifying for those who have already enlisted, and the military has recently changed its policies for existing service members as a result,” LCR said in the statement. But the organization, which is currently also aiding a number of migrants used as human props in a cruel stunt by Florida’s Ron DeSantis, said the discriminatory and outdated ban inexplicably remains in effect for others seeking to join the military.

Daily Hampshire Gazette said the ban dates back to the 1980s “when little was known about HIV, and medications were largely ineffective and had severe side effects, the lawyers said.” But we are worlds from that today, with the successes of antiretroviral therapy resulting in HIV becoming an incredibly treatable disease.

“This discriminatory policy persists despite clear medical advancements that have, over the past decades, turned HIV into a fully manageable condition,” LCR continued. “While agreeing to settle Mr. Diaz’s individual case, the military continues to maintain its ban on enlistment for others like him.”

“We celebrate with Mr. Diaz today, as he maintains all his efforts to date to pursue his chosen career,” LCR’s Sophia Hall said. “Many others, however, do not share in his experience, and justice cannot be fully recognized until the military’s unlawful bans on those who are HIV-positive are completely eradicated.”

“Mr. Diaz was referred to in the lawsuit as John Doe but has decided to state his name publicly now,” the statement said. Diaz: “I am proud to have successfully challenged the military’s HIV policies in my case, and I hope that soon the military will change its policies across-the-board so that others in my position may also serve.”

In addition to aiding Americans blocked from pursuing their career goals due to discriminatory policy, LCR recently urged the Massachusetts attorney general and the U.S. attorney for Massachusetts to open criminal investigations into DeSantis’ political stunt transporting vulnerable children and adults to Martha’s Vineyard this month. LCR said clients “were induced to board airplanes and cross state lines under false pretenses,” with cruel, false promises “of work opportunities” and “immigration assistance.”